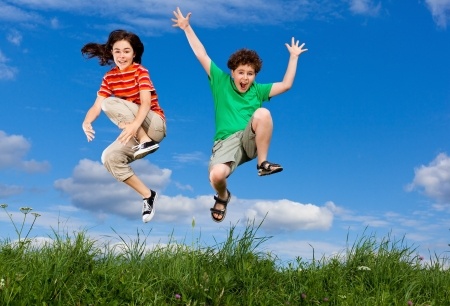 Hyperactivity symptoms like bouncing, fidgeting, squirming, tapping, and worming may benefit ADHD suffering children. It is suggested by writers of a research study and their discoveries are similar as revealed by another study. The latter one reveals that concentrating and sitting up doesn’t go hand in hand with kids suffering from ADHD.

Latest study features 26 teens and preteens with the disorder and 18 without any such health condition. All the participants aged between 10 to 17 years had a device wrapped on their ankle for measuring activity levels. A test was also taken to assess their abilities of paying better attention to any vision related task.

Kids suffering from ADHD who were moving the most  displayed better accuracy. Participants without ADHD hardly displayed a new pattern in accuracy as per their movements. This movement could be responsible for arousal standards in teens and preteens with the disorder. It helped them in concentrating better.

Another study on the subject involved younger children. Out of 52 kids aged between eight to twelve years, 29 were diagnosed with the disorder while the rest displayed normal development. All of these children appeared in concentration and memory tests such as arranging messes up letters and numbers. The kids diagnosed with the disorder making maximum movement performed brilliantly. Those without the health condition who made maximum movement weren’t even as good as kids with no ADHD who made limited movement.

According to psychiatrist Dr Elliot, the fresh studies propose hyperactivity as a coping or may be enhancing mechanism. It might be a way of helping the kids think but such a concept maybe quite simplistic. This is because hyperactivity levels vary in children and gradually fade out with age. There may be other explanations or reasons for all such findings, says Dr Elliot.

Dr Elliot hasn’t come across that hyperactivity increases cognitive functioning among kids. He points out that medicine may correspondingly improve a kid’s concentration. It may suppress their hyperactivity for it could be really difficult to view certain effects. Classrooms are there which encourages movement but if they result in better academic performance is still unclear.

There are clinicians who have witnessed kids and their behaviors suit the aspects revealed by these studies. However, the correlation isn’t a confirmation that one thing is responsible for the occurrence of another. According to mental health professional, kids provided with active exploration and movement normally demonstrate better cognitive creativity, flexibility and problems solving procedures. Kids with high activity and excessive movement usually engage in these activities. For them, it is one of the means of looking for stimulation which activates their brain.

As per a mental health professional, brain activity is stimulated vigorously by physical actions. In that case, the brain reciprocates with better thought adaptability and flexibility. As soon as a kid suffering from the disorder is involved in intense movement, it may help in focusing, retaining information and integrating complex thoughts. This is just a possibility and research is yet to confirm it officially. Sensory based movement may assist the child in promoting focus, learning and increase alertness, say experts.