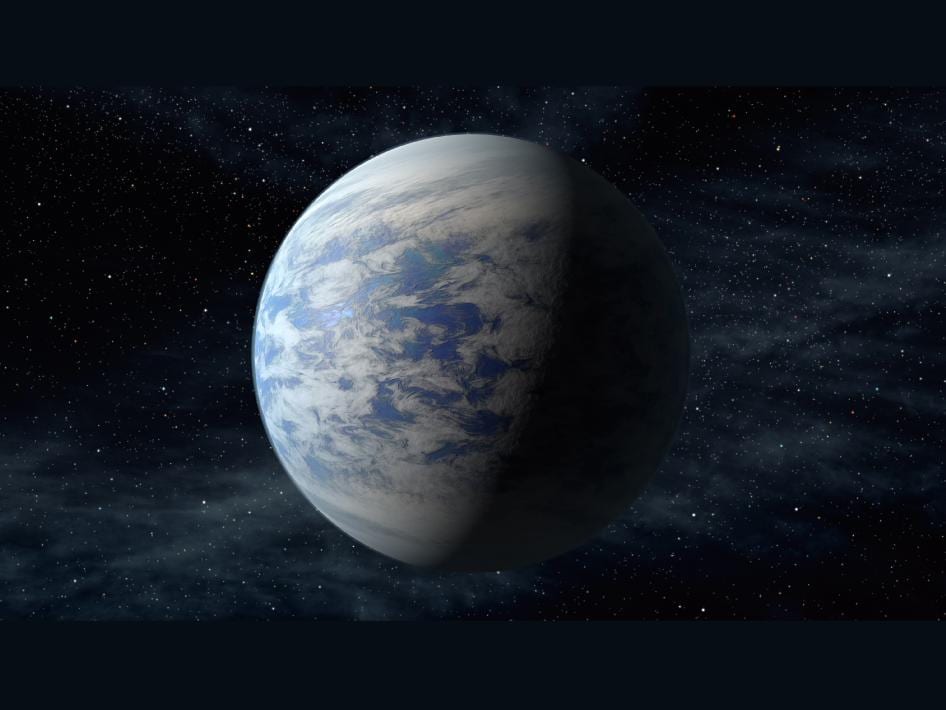 The orbital telescope “Kepler” found at the junction of the constellations Cygnus and Lyra just two Earth-like planet, a bit larger than Earth and representing worlds, oceans, the waters of which can theoretically support life,
according to a paper published in the journal Science

“They are not like the planets in our solar system. Their cover of a vast ocean. They can be a life, but if she can produce a technological civilization? Life on these worlds will flow under the water, with no access to metals, electricity, or fire. However, it is quite possible that the infinite ingenuity of evolution will lead life on such planets on a technological level that will amaze us, “- said Lisa Kaltenegger of the Astronomical Institute in Heidelberg (Germany).

Kaltenegger and her colleagues discovered just two water planets that are in the “zone of life”, watching the star Kepler-62, located at a distance of 720 light-years from Earth. It is a small yellow dwarf whose mass is approximately 30% less sun. The authors analyzed data collected during the observations of the Kepler-62, and found five planets.

Three of them are not suitable for life – they are located too close to the luminary, and two of them are gas giants. Two other planets, Kepler-62e and Kepler-62f, removed a good distance from Kepler-62 – they make a turn around for 122 and 267 days. Relying on circumstantial evidence, scientists have tried to estimate the mass of the planets, their chemical composition and the possibility of life.

It turned out that the two planets can support life. They have a small mass (40 and 60% more of the earth), and its surface temperature is sufficient to maintain the water in liquid state. Scientists suggest that on the surface there is a global ocean. Both planets are in the central part of the “zone of life” in orbit Kepler-62, which makes them the best candidate for the role of the most Earth-exoplanets to date. 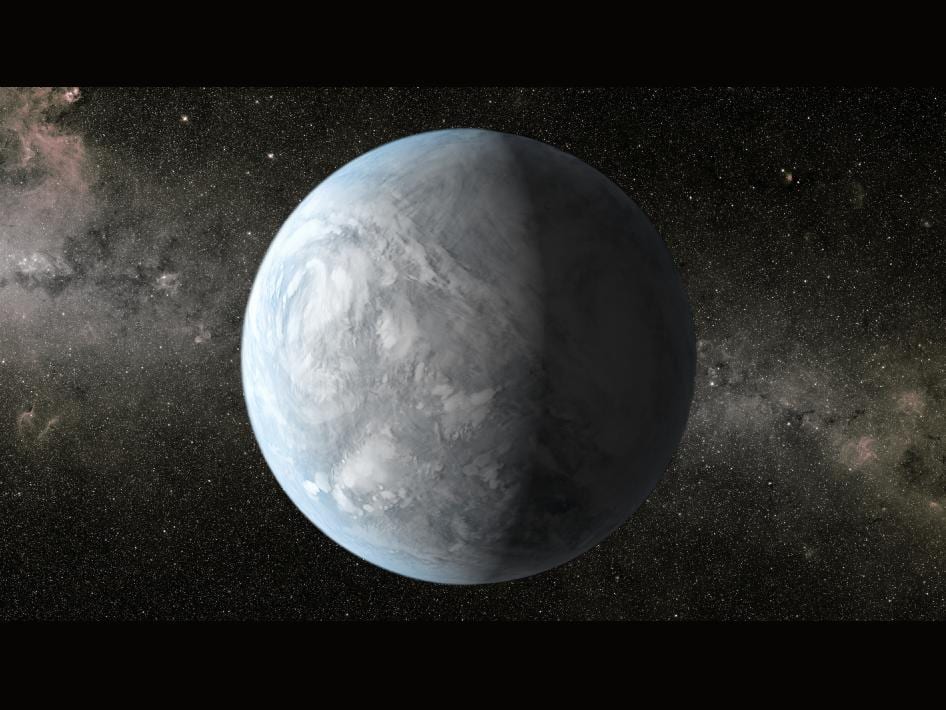