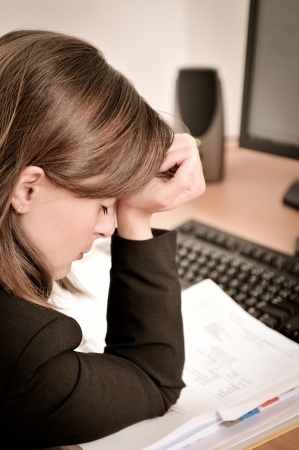 Recent research, data-collection, interviews, and scientific results have demonstrated that most employees are likely to still go to work when ill, even under circumstances in which they might be or are verifiable contagious to others. Study co-author Gary Johns, a business and management researcher at Concordia University in Montreal stated and attempted to outline the risks of such behavior, and recommends reassessment of ‘sick-days’ and support for individuals whom are developing a potentially contagious sickness and alternative methods to support such instances. In fact, it’s worth noting the value, when applicable, to encourage or make it possible for workers to work from home when sick, to ensure the health and safety of others.

Many people according to research are less inclined to abandon their work obligations, even when sick, as they fear lost income, a ‘bad reputation’, and even fear the risk of losing their job. In fact, it’s worth pointing out that upwards of 75% of jobs in the United States are considered “as-is” positions. This essentially means that an employee upon hiring agrees that he or she can be terminated at any time for just about any reason the employer likes (thin line between discrimination related cases), even without an explanation. While this does not commonly apply to contract-like jobs or careers such as doctors, teachers, etc. this is unfortunately not reflective of the majority of American workers and their work-environments (politics) and regulations.

While there is much debate around the “sick note” policies of many employers, this is a common issue to grapple for both employees and their employers. That is, as sometimes it isn’t possible to get to a doctor’s note or check-up, due to a lack of insurance, accessibility, or otherwise incapacity to do so for other reasonable given circumstances. Johns recommends that employers reevaluate the purpose of their sick policies and examine the cost to benefits analysis of ‘coercing’ or otherwise intimidating employees to show up, even when sick. The (hopefully obvious) issue and concern here is that when an employee is genuinely sick, they can in turn make other employees sick and ultimately create a larger scenario in which call-outs take place—also known as ‘absenteeism’. The general health and welfare should be one of the top goals and concerns of an employer to employee relationship and commitment. Without keeping such elements high priority, the employer risks lower-performing employees, reduced morale, and the overall likelihood of a loss of employee retention.

Throughout recent studies and research, Dr. Eric Widera, a researcher at the University of California, San Francisco pointed out that mental health sickness or illness is also an often underestimated and unprotected circumstance in which employers neglect or otherwise impractically handle such situations in an effective, adequate manner. While there are certain laws in place, such as the ADA, to protect employees with recognized mental illnesses or disability(s) it remains a growing problem and challenge for many in the workplace. The “stigma” commonly associated with such illnesses often might lead an employee to think that an employer will treat them differently (retaliation) in a negative way, underestimate their performance capabilities, and even discriminate against them in the long run in the instance that perhaps they have a disability related “medical emergency” or appointment. It’s worth noting that through the continued evolution of workplace environment, employee rules, regulations, and criterion that employers can expect to see more successful production rates and employee-conduct in the long run.