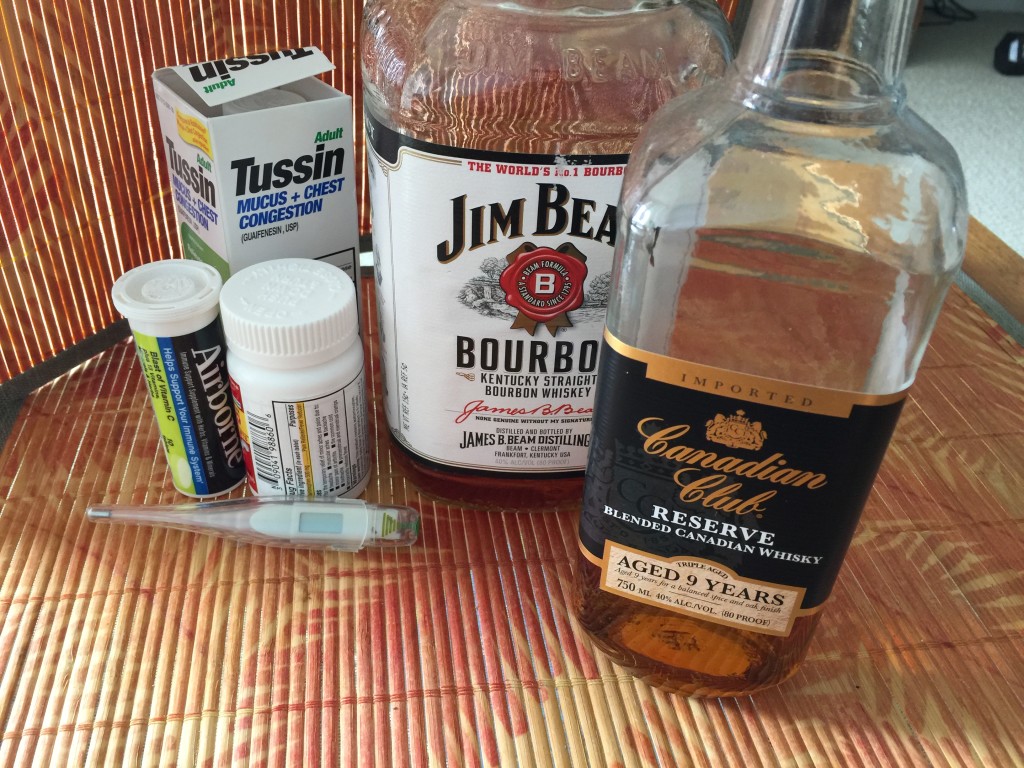 Extensive science and research shows that there is, unfortunately, no immediate cure for cold symptoms or the flu. Even with antibiotics, there’s always a turnaround time necessary for medications or antibiotics to take their full effect. However, as you might have heard from others, such as your Russian ancestors for example, sometimes all it takes is a little alcohol to fight that grueling infection or those cold symptoms of yours.

Recent experiments have shown that a “hot toddy” or shot of warm whiskey can help fight off bacteria, relieve your nasal passages, and even help speed up the process of excreting bacteria from your system—remember, even sometimes just a little alcohol can act as a diuretic—but you want to avoid that element!

According to Dr. William Schaffner, chair of preventive medicine at Vanderbilt University Medical Center, drinking just a shot of Whiskey not only helps with your sniffles, but also expands your blood vessels substantially to make it easier for your white blood cells and other natural body chemicals to target and fight off an infection.

It is worth noting however, always remember to drink in proportion if you decide to. Alcohol is predominantly known for its dehydrating effect, so no matter what you’re using it for, make sure to always stay hydrated. Ultimately, if you attempt to ‘attack’ your cold symptoms or flu with Whiskey, remember to still, at least, consume light foods to help body your balance out your intake. The last thing you want is to get yourself hooked on an alcohol addiction in addition to the sicknesses you might already have!

While a little bit of Whiskey might work for some people, it is not guaranteed to work for all. It’s also worth noting that if you’re already taking prescription medications or over the counter flu medications that it may be strongly recommended not to mix such drugs and chemicals with alcohol—as they could lead to further sickness and even prove fatal. While alcohol might be experienced and classified as a relaxant for some, it’s also important to remember that it serves as a depressant as well, so again, take with discretion and use your common sense if attempting to use this method! Above all else, nothing helps to fight common cold symptoms or the flu more than resting as much as possible, staying hydrated, eating light meals, and following up with the necessary medical professionals per the illnesses you may have. Remember, not every ‘temporary fix’ is the best fix!