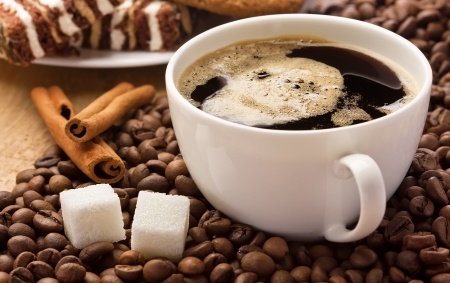 Recent research and studies conducted by Brown University’s Center for Alcohol & Addiction Studies  show that mixing caffeine is not only dangerous to your health, but also dangerous to your situational awareness and post-drinking health. Unfortunately, a lot of people don’t realize that along with alcohols ‘happy’ effects as it increases the ‘feel good’ neurotransmiter known as Dopamine, that alcohol is also a ‘downer’ and attempts to serve as a sedative in many instances, so to speak.

Many people like to accompany their meals with alcohol sometimes, or just in general accompany alcohol with alcohol after a long day or week. While anything can be dangerous to your health when beyond reasonable proportion, combining alcohol with coffee (caffeine) can be especially dangerous in numerous ways. Firstly, it interferes with the cyclic AMP chemical in your brain that regulates your energy levels, processing of, and performance neurologically and physically based off of alcohol or other drug-consumption. The problem with accompanying alcohol with caffeine is that as you’re ‘coming down’ off of the booze when you drink coffee you might easily get the illusion that you’re ‘sober’, or at least less drunk than you originally were. You might even feel good, no longer intoxicated, but most of all will feel an increased overall level of energy. The problem with this, just like coffee does on its own (which is why people experience a ‘caffeine crash’), is that you are unnaturally mixing up the chemicals in your brain and jeopardizing your overall energy or physical health and capability to function normally or 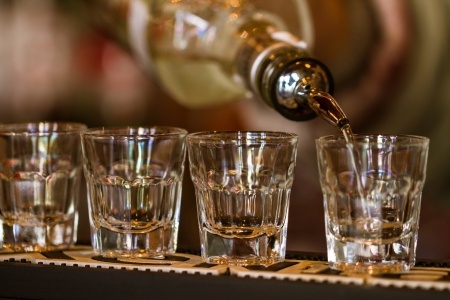 optimally. You may wind up deceiving yourself as the caffeine ‘masks’ the effects of the alcohol and you risk drinking more, or doing something else dangerous such as getting behind the wheel, or less severe such as making “sober” phone-calls to your girlfriend or boss.

One of the biggest reasons, as mentioned above, that people use coffee to ‘sober up’ which they might not even realize or admit, is to feel better. The effects of alcohol over short-term and long-term usage will serve as a depressant, make you feel lousy, tired, lazy, and even sick. With consumption of coffee you are tricking your brain (yet not your body) into physiologically believing that it’s in a better condition than it really is. Ultimately, what you’ll wind up doing is making your sleep patterns that night and even the following all the more disruptive as alcohol directly interferes with the REM process of your sleeping pattern, causing you to wake up, sleep improperly, and still, if not more, feel ‘hungover’ the next day. When you throw coffee (or caffeine) into the mix you are only making things harder for yourself. You’re going to have a false sense of sobriety, energy, and will only contribute to the disruptive sleep that you’ll soon incur since in many instances caffeine can have a longer-lasting direct effect on your body and brain, causing you to feel lousy, tired, or ‘withdrawal’ from the rush of drinking coffee.

Just think, if you’re overdoing it with the alcohol, and then you drink a cup of coffee or more, now you’re overdoing it literally with two different drugs (by definition) chemical stimulants that have no nutritional value, specifically involving your brain. Try to use discretion, and if you have to choose, make it a point to pick one or the other and not combine alcohol with coffee. Do it for your health!