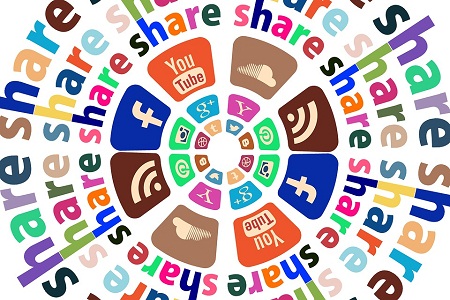 As one looks around, the probability of finding people glued to their mobile phones can be pretty high. Whether it can be called a fad or otherwise, there is no running away from the fact that an increasing number of people wants to spend a considerable amount of time on social media platforms such as Facebook, Snapchat, Twitter, or Instagram. And more often than not this segment of people can be clubbed into the bracket of – educated, socially mobile, and financially capable individuals. Besides, a big chunk of these individuals can be assumed to take marketing decisions on behalf of their families. Given this scenario, the chances of companies hitting the sweet spot in marketing cannot be ruled out.

In the digital age when companies are increasingly joining the Internet to be ‘in tune’ with the changing world, tapping the social media as a marketing strategy need not be overstated. If in traditional marketing advertising through billboards, radio, television, door to door campaigning, road shows, newspapers and yellow pages can be considered effective in gaining visibility, leveraging the services of a social media marketing company on the Internet can be important as well. However, taking advantage of social media as a marketing strategy is yet to make a big splash among the corporate honchos due to the following reasons:

Outcomes not quantifiable: Engaging a group of people on social media to build brand awareness and converting the same into making purchases from the product portfolio is not easy to quantify. However, creating interest about the company and its services or products on social media can lead to eventual sales conversion. As there is no quantifiable data to establish the correlation between social media marketing and actual sales, companies are wary of investing in this type of marketing.

Improper targeting: In their quest to get quick results businesses often do not carry out well-researched targeting of customers on the social media. They may, at the advice of some social media marketing company, end up ‘buying’ followers to their site but fail to pursue the right engagement strategies to build up interest in the business. This ultimately shows poorly on ROI making them further disenchanted of leveraging the social media.

Not a serious proposition: Among the business decision-making circles social media is still considered a sort of fad where there is no place for a serious biz talk. They are of the opinion that social media obsessed individuals are only concerned about ‘personal’ info sharing, and thus a brand building exercise is a strict NO. As the thought process is yet to change about leveraging the latent power of social media through the use of right marketing strategies, investments into the same are merely a trickle.

Anything free is not worthwhile: There is a perception that since social media is more tuned towards frivolity and is free to get into advertising on the same shall not be taken seriously by individuals who, as per perception, mostly while away their time on such platforms. According to business stakeholders investing on paid advertisements on popular sites or into search engine optimization is likely to get better ROI.

Anecdotal reference: Often business stakeholders are swayed by anecdotes of businesses losing out on ROI even after pursuing social media marketing. They take such ‘news’ at face value instead of analyzing the reasons as to why businesses could not leverage the potential of social media even after investing time and money in it. Had they done the analysis, in all probability they would have realized that right marketing strategies were not applied.