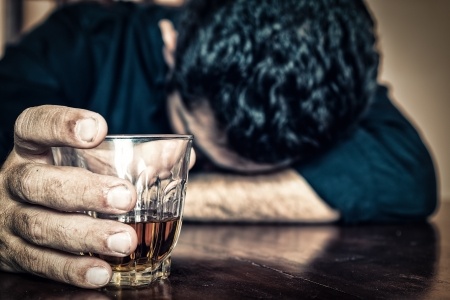 In today’s fast-paced world, struggling economies, and competitive job-market; people continue to rely more and more frequently on ‘drinking socially’ to cope with their stressors or to ‘break loose’. Unfortunately, according to continued research conducted by the National Institute on Health, alcoholics as well as ‘developing alcoholics’ can drink as little as 3 to 4 drinks per day and put themselves on a track for disaster and addiction in as

as just a few weeks—while other progress over a much longer period of time.

Unfortunately, many alcohol consumers do not appreciate or understand the realities that alcohol has on the mind–most noteworthy it’s depressant-like effects. That is, as you come down off the alcohol might you crave more, or simply go to sleep, that typically the following day you will feel worse off or more depressed than you already were prior to your night of ‘social drinking’—and in many instances binge drinking. This is a key indicator reflective of inarguably a developing addiction.

Believe it or not, alcohol works directly on the neurotransmitters in your brain and plays on the dopamine and serotonin release in which in turn make you ‘feel good’, but also commonly lower your inhibitions and can cause you to make poor decisions or otherwise risky behavior such as unprotected sex or driving while under the influence.

What is a “High Functioning” Alcoholic?

To even those that might not realize it due to their continued “success” at work, school, and even social relationships, they will commonly fall into the category of now, or in the future; a ‘high functioning alcoholic’. That is, someone that continuously relies on alcohol as a coping-mechanism to deal with stress, anxiety, and other problems in an otherwise unhealthy and irresponsible manner.

Typically, such individuals will continue to progress and increase their amount of daily to weekly alcohol abuse, even when unbeknownst to them. Such individuals might joke about, play down the dangers, or even be in denial of their developing alcohol abuse habit—similar to many other substance abusers or ‘addicts’.

While alcohol is and will indeed perhaps (temporarily) make you feel better, in the long-run such individuals find themselves relying more and more frequently on alcohol for ‘unwinding’, while such behavior can even lead to ‘solo drinking’ or drinking by one’s self, drinking while driving, always being hung-over, or even sneaking alcohol into their drinks throughout the course of their days might it be at school, work, or other social gatherings. In comparison, many substance abusers and addicts also have similar behavior, constantly running to the bathroom or somewhere away from those around them to go and get ‘high’ to ‘feel normal’ or relaxed.

Sadly, many people might not catch themselves in time, and due to alcohol not being categorized as an illegal-substance for adults over 21 in the United States, lead to more severe substance abuse and reliance. Ultimately, continued and excessive alcohol abuse can damage the kidneys, liver, and even cause short-term to long-term memory loss while damaging the brain.

Just as seen with other substance abusers and substance dependencies, more and more alcohol will be required over-time to have the desired or same ‘effect’. May it be shifting from 3-4 beers to 9-12 over time, or by simply ‘upgrading’ to liquor as opposed to beer as their choice drink. Other behaviors of high functioning alcoholics include aggression and offensive behavior when addressed, as well as continued ‘black outs’ and even in some instances ‘binges’ that can last days on ends—as a self-proclaimed ‘vacation’ in which one might state or feel that they deserve.