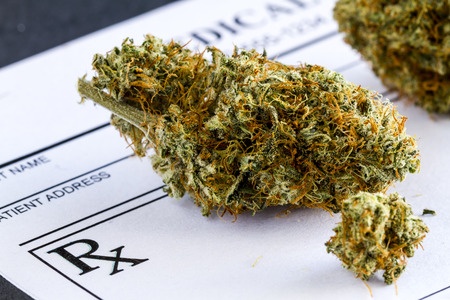 When people think about or hear the term “Medical Marijuana”, automatically they might think of abuse, easy-accessibility, and stigmatize such an availability or law to the West Coast—specifically California—to that in which a ‘free-for all’ is taking place.

Unfortunately, many people believe the usage or backing of Medical Marijuana is a hoax, or a way for the government to regulate and profit from illegal narcotics—regardless of it’s potential to cause harm or lung cancer through inhalation and combustion—such as that found in cigarettes, a drug in which is also regulated by the government.

While plenty of specialized and everyday physicians, including psychiatrists alike, may have the ability to prescribe medical Marijuana to their patient, it does not mean that they always are—or have ever for that matter—recommended that their patient(s) consume their ‘medication’ through combustion-like measures (smoking).

On the contrary, the most ‘safest’ and effective method to achieve the desired ‘pain-relieving’ yet controlled effects is through using a vaporizer.

While vaping and “e-cigs” become more and more popular, it’s no wonder why there’s a growing focus on vaporizing Marijuana, and how it can be safer for your health. For example, subtracting harmful carcinogens and the negative effects of combustion materials throughout your airways or air-sacs located in and throughout your lungs.

A lot of people don’t realize it, especially those who haven’t tried using a vaporizer to consume Marijuana, but it’s actually a very unique, sophisticated process involving a multitude of purposes and direct chemicals associated with Marijuana, or THC (Delta-9 Tetrahydrocannabinol), the main Psychoactive ingredient found in Marijuana through various forms of consumption—outside of smoking it.

It has been scientifically researched and discovered that there are over 70 similar psychoactive ingredients found in Marijuana similar to that of the nature of THC, as well as CBD (Cannabidiol).

According to Donald Abrams, MD, professor of clinical medicine at UCSF and chief of the Hematology-Oncology, more than 70 million Americans each year suffer from scientifically classified forms of “chronic pain” from different diseases, illnesses, injuries, and psychiatric disorders or illness.

How Opiates Interact with Marijuana and Why

UCSF (University of California, San Francisco) conducted scientific experimentation on multiple test-subjects to analyze and define how Marijuana does or does not contribute to the effects of opiates in patients dealing with ‘chronic pain’, and why.

These experiments were strictly conducted through using a vaporizer, not smoking, Medicinal Marijuana at the Clinical and Transitional Science Institute’s Clinical Research Center at SFGH: the tests included 10 on sustained-release morphine and 11 on oxycodone.

It’s worth mentioning that due to the complexity of Marijuana strains—both found in dispensaries, as well as on the streets—that each kind can have a different effect, or react faster and ‘drop-off’ undesirably quicker than other ‘strains’.

Scientists and doctors found that the exposure of Marijuana, THC, and specifically CBD (Cannabidiol) to their patients positively contributed to decreasing their pain-factor, yet did not chemically show to increase the strength or prevalence of the current opiates in which their patients were on, via observations of their blood stream (opiate concentration) during nor post-exposure.

In conclusion, it’s worth considering the value of continued scientific research and understanding so that individuals, specifically medical patients, might receive the most practical, ethical, and safest care when it comes to relying on medicinal marijuana for chronic pain.

The fact that this study was supported by funds from the National Institutes on Drug Abuse (NIDA), a subsidiary of the National Institutes of Health (NIH), arguably shows the government and its subsidiaries genuine commitment, as well as faith, in the usage of medicinal Marijuana and maintaining an ethically responsible perspective and application throughout varying environments and medical practices in treating patients effectively and safely.

For variety vaporizers visit Vaporizer Stop to view and to purchase a vaporizer or a grinder.