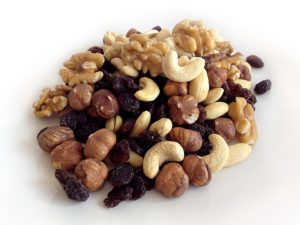 Researchers and health experts based in a reputed medical school in the US conducted a study on the health benefits of nuts and their findings were quite noteworthy. The specialists averred that munching on cashews, almonds, peanuts, pistachios, walnuts, chestnuts or a combination of these could help in containing inflammation that in turn could keep chronic illnesses like diabetes or heart diseases at bay. Inflammation is one of the major causes of a string of ailments, both chronic and acute including but not limited to allergy, diabetes, strokes, anemia, asthma, autism, fibrosis and eczema.

The team that carried out the research has reported its impressions in the American Journal of Clinical Nutrition and has explicitly stated that of the numerous health benefits accruing from the consumption of groundnuts or pistachios, the diminishing effect these have on inflammation is certainly one of the advantages. Studies and research conducted in the past had established that chewing nuts reduced incidences of heart disease and strokes. However, the studies could not pinpoint as to how exactly these dried fruits or seeds contributed towards lessening the symptoms of the aforementioned chronic conditions.

Assistant professor of medicine at Harvard Medical School, Boston asserted that it was because of the inflammation reducing or controlling effects of the seeds dry fruits which averted the risks of suffering from a host of ailments. Nuts, the researchers noted are rich in healthy and nutritious ingredients like minerals, antioxidants; essential fats, fiber, and protein that individually, and in combination, assist in thwarting inflammation. In order to establish the correlation between inflammation and seeds, the research team reviewed data from two distinct studies conducted on health professionals over a period of four years-Health Professionals Follow–Up Study and Nurses’ Health Study.

Those who participated in the studies had to complete questionnaires regarding their consumption. The NHS study had questions on consumption in the period from 1986 to 1990 and the HPFS had question for the years between 1990 and 1994. The participants were healthy and did not suffer from diabetes or heart disease at the time of the study. At the end of the 2nd or 3rd year of each study, blood samples of the participants were assayed for the presence of three distinct indicators or biomarkers of inflammation-CRP, IL-6 and TNFR2. It was observed that participants that munched on nuts nothing less than 5 times weekly had less of CRP or IL-6 in contrast to individuals who seldom or never consumed nuts.

The researchers also noted that factors like workouts, smoking, and body weight did not have any influence or impact on the results. Nevertheless, eating of nuts either in copious or small portions did not have any effect on TNFR2-the third biomarker. The type or kind of nut one consumed did not make any difference as far as their health benefits were concerned. The study group found that substituting portions of refined grains, eggs or red meats with nut servings lessened the presence of CRP and IL-6 in blood. So as to derive the maximum benefits, peanuts or hazelnuts should be taken in a raw and unpeeled form.