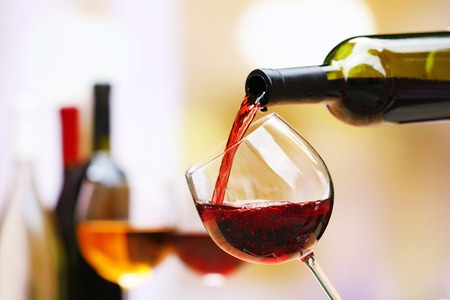 It’s been a hot topic in the early 2000’s to date, and some medical researchers won’t quit. Plenty of journalists, science students, and researchers are persistent that a glass of wine a day within reasonable proportion has been demonstrated to not only improve health but also ward off many common illnesses that come with aging.

Although major, well-respected and reputable universities like Harvard University and Cambridge have developed studies and insisted on this argument, physicians are slow if at all responsive in supporting such claims.

The ‘Low Down’ on Heart Disease and Diabetes
Though scientists have claimed into the 1990’s and early 2000’s that through studies male (and female) patients showed signs of improvement in their health through a glass of wine a day, recommending alcohol is a “medication” or medical solution by any means remains unethical at best.

While it is undeniably true that for some who consume a certain amount (typically a half to one large glass per day) of wine showed dramatic signs of neurological and cardiovascular improvements, the argument remains weak at best.

Also, for those with or susceptible to developing diabetes or heart disease it seems irresponsible to present the idea that someone drinking sugar-developed drinks on a regular basis could improve such diseases, especially diabetes. And while those with arthritis and osteoporosis also showed improvements in scientific studies conducted with daily wine intake, the variables are far too broad to guarantee this. In fact, because every individual is so different in age, health conditions, predispositions to physical or mental illness, current diet, fitness, stress, and sleep patterns it’s unlikely that this type of “health solution” will ever evolve beyond anything more than a “fad” – think acai berry diets and other “magic” weight loss solutions.

Consuming Alcohol Daily: The Facts
Daily consumption of alcohol can be dangerous for many reasons, including mental illness and the risks associated with those who are prone to alcoholism, abuse, and dependency. Like any other drug, regularly consuming alcohol will undoubtedly create a “tolerance”, and even for those without mental illness or current drug habits, the risks remain all the more real.

Perhaps the argument that alcohol is somehow a “cure all” is no more scientifically assuring than the claim that cigarettes (as a stimulant) are somehow a “healthy” or practical solution for quitting harder drugs – as you may notice with many recovering drug addicts and their tendency to smoke like chimneys.

Alcohol has been scientifically proven to lower inhibitions, which has led to drunk driving, domestic abuse, irritability, and a sleuth of scientifically verified withdrawal symptoms. The idea that recommending to any society that alcohol should be considered as a “medical solution” or prevention of physical diseases and illness remains unethical at best.

Rather, anyone serious about improving their health, preventing, and treating common diseases that come with aging should focus on more natural, scientifically proven and responsible approaches. This quickly starts with nutrition, sleep, diet, and exercise. What you put into your body is undoubtedly what you’re going to get out of it. Besides, if your diet and eating or sleep habits are already poor, why further jeopardize your health by throwing (daily) alcohol consumption into the mix?

Medical practitioners and the U.S. government are highly unlikely to recommend alcohol – a drug – officially to the American people as a medical solution for a long time, if ever – and for good reason. To say that our society is somehow so helpless in their financial circumstances and poor health that the cheapest or most practical solution to their health problems is to rely on daily alcohol consumption is irresponsible, and the advertisements and publishing of such scientific research arguably should be halted as to avoid misleading the public any more than it already has with these “scientifically founded” claims or promises.