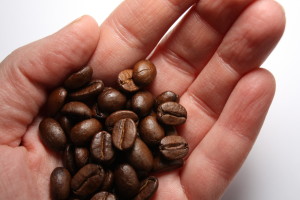 Coffee has the contrasting good and bad effects on people which give rise to debates. According to some studies, the health benefits include protection from liver disease, Parkinson disease, diabetes, prostate cancer, back pain, Alzheimer and more. However, coffee at times is not a good thing depending on age, genetics, and method of preparation.

More and more studies have discussed the good health effects of drinking coffee. This includes a study which involved over 25000 drinkers of South Korea. It revealed that moderate regular intake ranging from 3 to 5 cups per day is related to lower risk of coronary artery calcium. It predicts the futuristic heart diseases and is yet to be studied in depth.

Four cups of the drink was discovered recently to lower down the vulnerability of melanoma, a deadly skin cancer. The study disclosed that decaffeinated coffee couldn’t offer any protection. Another study observed coffee intake and its effect on multiple sclerosis. The outcome was that 4 to 6 cups per day lowers the threat of having multiple sclerosis. Researchers aim to study its impact on elongated disability and relapses in multiple sclerosis.

Research on Alzheimer’s and Parkinson’s led to researchers believe it might be neuroprotective. This means the drink is likely to suppress inflammatory markers production inside the brain. It could be beyond the caffeine content of coffee which is responsible. The researchers are studying other coffee compounds to see if they’re good for health.

Coffee is a topic to study for decades and not recently. Some studies in 1976 and 1986 focused on coffee intake habits of both healthy males and females for decades. Dr. Dam from Harvard School revealed that no relationship was discovered between coffee intake and heightened risk for death due to cardiovascular disease or cancer. People consuming up to 6 cups every day were also not at any health risk either.

The studies in previous decades didn’t signal serious unhealthy outcomes of coffee consumption in the lines of lacking physical activity and smoking. Health benefits of coffee may keep on rolling but high consumption like six or extra cups per day is known to lower the benefits, say studies. For a part of population, coffee intake can be potentially harmful. Some individuals with sleep issues and uncontrollable diabetes can consult their doctors prior to having caffeine in their diet. Caffeine consumption among the youth population is also a prime concern.

For women, coffee may lead to an increase in hot flashes of menopausal. Those who are pregnant seem to have the miscarry threat. Caffeine reaches the fetus and lead to restriction in growth. The doctors suggest only a single cup per day in pregnancy period. Surprisingly, the procedure of coffee preparation is likely to make a difference. Cafestol compound is oily which may increase the harmful cholesterol of the coffee drinker. Several people consider coffee a blessing to relax and chat over. As long as they prevent the harmful effects, science believes that one may enjoy it without any fear or prejudice.