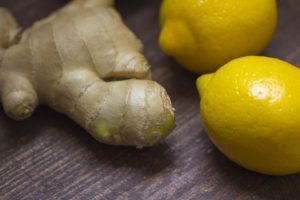 Due to the fashion in Japanese cuisine, we learned about the burning spices. But especially for the taste of women came ginger. In what only dishes do not add this spice – with it even drinks are prepared! And not in vain, because ginger – a cure for thousands of diseases. In ancient times, the root of ginger was so appreciated that they paid it on a par with gold.

Ginger is one of the most useful spices. Such a combination of taste and medicinal qualities can not be found in any other spice, and even recognized medicinal plants are sometimes inferior to ginger palm.

And now the properties of the root of ginger do not forget.

The main thing for which ginger liked the female sex, so this is for his help in the matter of losing weight. The use of the root as a fat-burning agent began in ancient Tibet. However, then the plant was used not to treat excess mass, but to combat stagnant phenomena in the body: deterioration of the digestive tract, slowing blood circulation, low blood pressure.

In those days, the healers believed that the effect of ginger is related to the fire that it empowers the body. Modern doctors do not believe in fire, so they carefully studied the seasoning. It turned out that it contains more than 400 different substances, among which gingerol (a relative of capsaicin – a substance that gives chili pungency and is considered a fat burner), beta-carotene, caffeine, curcumin. And in ginger, there are essential amino acids, including threonine, lysine and some others. And, of course, it is rich in minerals and vitamins. 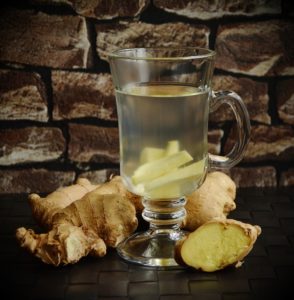 How to make ginger tea

Ginger with lemon is the easiest and most affordable way. Peeled root ginger grate on a fine grater (or scrape together with a knife blade). Enough of one teaspoon of chopped ginger. Rub it with a slice of lemon (you can add sugar to taste) and pour boiling water. Let it brew and cool to a comfortable temperature. The drink turns out to be very spicy, hot, and pleasant.