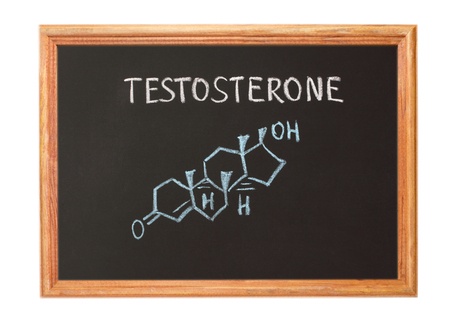 In consideration of today’s modern science, in combination with various sports and medicine “promoted” or marketed testosterone products, many people might find themselves to be less educated or aware of its effects on development more than originally calculated.

Scientifically speaking, testosterone is responsible for acting directly on androgen receptors to simulate necessary growth- most prevalent during periods of puberty.
Typically, through activation or chemical interactions, testosterone is charged into DHT (5a-dihydrotestosterone) by an enzyme known as 5a-redutaste. Its connection to androgen receptors directly impacts the system and design of growth and DNA complex cellular growth. These chemical forms of growth are in particular stimulated directly via the cell’s nucleus. This molecular growth and interactions are especially valuable, and therefore in of itself demonstrates the importance of not interfering with such through artificial substances or drugs – such as steroids.

The most typical development of the male human body or vertebrate involves reaction to chemical changes that in turn trigger growth hormones both at early stages as an infant, and then into typical puberty ages around 11-13 years old – and once more sometimes for men between 19 and 21. While growth patterns and chemistry vary, the most common response from natural testosterone in men includes bone density, muscle, and mass growth, the “Adams Apple”, a deeper voice, hair in places such as the armpits and chest, and of course the penis and testes.

Testosterone as a chemical principal directly impacts the male’s health and hormones, although improper balance or over-exertion of such a chemical can have negative side effects and even lead to unwanted estrogen developmental trends –systematic chemical effects, like (unwanted) breast growth seen in women, via the hormone estrogen.
It’s a little known fact that pregnant-women have active DHT in their blood, in support of the hormonal growth of the male organs as well as hormones prenatal. These are known as Androgenergic effects, and actually also include a sub-set period in which the fetus and future baby experience a stage of what would be scientifically described as puberty.

Ultimately, testosterone is quite the significant hormone in men considering how largely it contributes to the male libido, physical and mental energy, and even muscle strength. A little known fact is that higher levels of Testosterone can actually help positively impact moods, and even reduce psychological fatigue, such as depression, not just physical fatigue from physical activities or sports.

It’s relevant that males understand the important developmental process and values of natural testosterone. That is, a scenario in which young or developing men appreciate it as more as than something that’s just mentioned or available in an illegal and unnatural form on black markets – such as “Winstrom” – and to understand the health and scientific dynamics of steroids which could result in more positive awareness and determent of it’s negative health impacts.

Such mindfulness can lead to a healthier you, and deeper understand of the significance of diet, nutrition, and physical health – particularly with relation to the physiological elements involved with testosterone development and presence in the body.