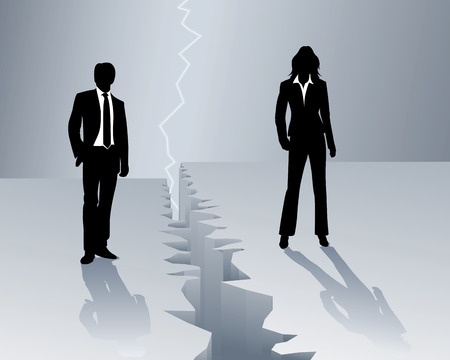 An extreme change or event in a relationship, specifically marriage, can either negatively, positively, or jointly in nature impact a relationship. A recent example of this could be Rebekah Gregory, a Boston Marathon competitor who along with her husband was injured in the blast and atrocities during the Boston Marathon Bombing. While there was recognizably much love and trust presumably invested in their relationship, it’s speculated–as she brought her divorce to the public–that their resulting divorce was reflective of extraordinary change and strains both psychologically and physically between one another.

While some of the strongest relationships and ultimately marriages are built off of respectable long-term friendships, there is—like most things in life—no guarantee to the stability of a relationship or union between two human beings.

In reaching out to Elizabeth Ochoa, Ph.D, marriage counselor and chief psychologist at Beth Israel Medical Center, we received some very valuable insight into critical changes and their effects on the ‘common marriage’ and most prevalent causes of divorce.

Bringing a Child into the equation

According to the Journal of Family Psychology, upwards of 60% of families experience relationship tension and or deterioration within the first three years of bringing a child into their marriage.  Bringing a child into the relationship adds much tension as the responsibilities are significantly increased, not to exclude the time, energy, and love that will be expected to shift to the new addition of the family. Individuals on either end that otherwise already suffer from anxiety or depression will find this change especially challenging and the toll can easily result in relationship damage if not properly prepared for in advance. In addition to this, an enormous amount of cohesive parenting teamwork is required to be ‘successful’ in rearing a child and many are often not prepared, unbeknownst to them, for such a commitment and lengthy list of added responsibilities. According to a 2014 Duke University Study, having a daughter will statistically add to strain of a marriage, and is commonly of higher demand, in varying ways, than raising a son–but more specifically, during pregnancies have studies reflected added stress within the Mothers womb.

A 2011 Ohio State University study found that unemployment and or lack of career advancement would commonly impact the stability of a marriage. It is not uncommon for job misplacement or lack of acceleration in a career to be the leading cause of a divorce. The added financial strain, psychological deprivation of confidence, and lack of security in a reliable consistent income are especially prevalent in their negative effects.

The consequences of infidelity in a relationship

Infidelity is unfortunately very common in today’s marriage, and understandably a leading cause of divorce amongst couples across the globe. The psychological and physical effects that such a traumatic experience has on either partner can easily change some if not all of the dynamics of a relationship, especially in a marriage where two individuals are living off of, and regularly relying on one another for physical and emotional support or purpose.

In today’s world, specifically in American Culture, military service and war obligations are of common occurrence. According to a 2013 RAND Corporation study of military families, a leading cause of divorce is through the separation of military spouses and their families. The added physical, emotional, and overall psychological strain often influences a lack of care, motivation, support, and trust. From infidelity, to the possibility of death, it’s understandable why everyone–male or female–are not cut out to be in a long-term relationship or marriage with a military spouse.