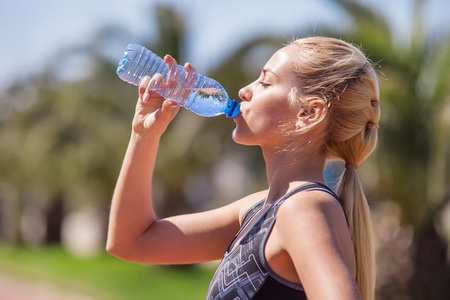 We all know and wholeheartedly believe that drinking water even in copious amounts is beneficial for our health and certainly not detrimental. Life on this lonely planet is will not be sustainable without water and it is one liquid that is indispensable for the existence of any and every living being. Water makes up nearly 66% of our body as well as present in the bloodstream and almost in every cell of our body. We keep losing water continually via urination, perspiration, excretion, and through numerous other biochemical processes.

The lost water is routinely compensated by drinking throughout the day but overdrinking can, strangely enough, result in death. At least that is what happened to a young Californian lady aged just 28 years who drank about six liters of H2O in a three-hour period. Actually, the woman was contesting in a water-drinking competition organized by a radio-station titled ‘Hold Your Wee for a Wii’. The lady who went by the name of Jennifer Strange eventually regurgitated, left for home with an excruciatingly painful headache and ultimately breathed her last from intoxication induced by water.

Instances of death resulting from excessive or overconsumption of water abound. Chico, a student of California State University aged all of 21 years was made to drink water after successive or consecutive bouts of push-ups as a hazing ritual that’d have led to his becoming a member of the peer group. Unfortunately, the grotesque incident where he was subjected to forced push-ups in a mezzanine floor that was extremely cold ended in his demise. Revelers in club parties, social gatherings, and get-togethers after consuming MDMA commonly known as ‘ecstasy’ have gulped down excessive quantities in order to rehydrate and make up for the water loss. This has resulted in the demise of so many of partygoers.

Then again long-distance runners and marathoners in their earnest attempts to replenish the loss of water from their bodies after a grueling run or walk have drunk water like a fish. According to a study published in the ‘New England Journal’ in 2005, approximately one-sixth or 17% of endurance athletes are beset with ‘hyponatremia’ where the sodium level in the bloodstream falls abnormally. This happen when the athletes and marathoners drink much more than the required level of water. In such a condition, the sodium starts to get diluted as the level of water in the body rises leading to multiple health issues. Sometimes, the condition can be deadly as well.

Hyponatremia which means deficiency of sodium in blood can cause water intoxication-an ailment whose signs comprise headaches, frequent urination, vomiting, nausea, fatigue, and bewilderment. Kidneys are the principal filtering organs of the body that sieve out excessive fluids, toxic waste, and water from our system. However, intake of unduly large quantity of water in too short a time incapacitates the kidneys from flushing out the same quickly. Consequently, the bloodstream becomes diluted and the excess water invades the cells. Though cells in all parts of the body can expand to accommodate the excess water, brains cells or neurons are simply not in a position to dilate as there is no space to swell and/or dilate. This leads to swelling in the brain, a condition we call edema.