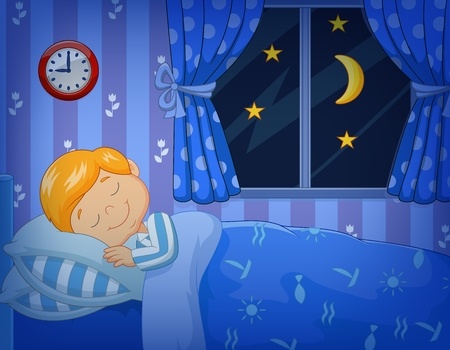 Researchers and professionals from both the U.S.A. and U.K. have come together to evaluate statistical data from the United Kingdom’s Biobank Resource. Scholars involved come from prestigious American universities such as the University of Pennsylvania, and even Drexel University.

Statistics collected over the years paint a picture of those whom go to sleep earlier, wake up earlier, and actually gain meaningful, adequate sleep. In fact, studies have shown that these individuals do better than all other test subjects in the areas of dieting, tobacco use, and other potentially detrimental – or common habits. Scientific research has for years resulted in data exemplifying how significant or important it is to gain a meaningful amount of sleep every day. Recent studies however, also demonstrate how and why it’s so important to do so – and on a set schedule at that. For example, for the best results a minimum of 7-8 hours will do for the average young to mid-aged adult.

A lot of people undervalue sleep, or feel as though it can be side-stepped due to today’s hustling and bustling economical needs, lack of career opportunities, and an overall more difficult and sophisticated economy. That’s not to count the continued, dynamic demands of the world of academia, and even everyday social realms or situations. This, in combination with the retirees of the century and ‘baby boomers’ stepping up to the plate, it’s understandable why so many people disregard or don’t take sleep seriously enough when it comes to better serving their health.

While participants from the United Kingdom study were asked how they dedicate their time and energy during the day, the theory that those whom are physically active are more prone to healthier sleeping patterns was yet again demonstrated. In essence, it makes sense scientifically. That is, those who follow a consistent workout (and accompanying diet) routine are more likely to achieve adequate sleep. And those that obtain adequate sleep are most likely to achieve a meaningful, daily, or regular weekly workout and dieting routine. Most significantly however, those that do so within the same time frame each day, are most likely to achieve quitting or avoiding bad habits such as oversleeping, using tobacco products, and following a poor dieting routine. It’s worthwhile to remember however that acquiring the same hours or near-amount each day is equally important to your health. Generally speaking, many of the habits described above are often triggered due to a lack of sleep, appetite, or an otherwise mismanaged schedule.

Moreover, the research and experiments conducted on these groups demonstrate that those who get to bed and wake up earlier are most likely to have a healthier heart. Cardiovascular function, of course, is understandably optimal and significant when it comes to a healthier body and mind. Without good health and a good diet, good sleep is seemingly impossible; and on the contraire, reversing that formula will yield similar results.

Anyone serious about their health needs to consider the reality that sleep not only dictates a healthier heart and daily habits or lack thereof, but that it also directly impacts the likelihood of increased performance in your energy. Your daily energy is quite significant, in consideration of your health, especially when it comes to work or school.