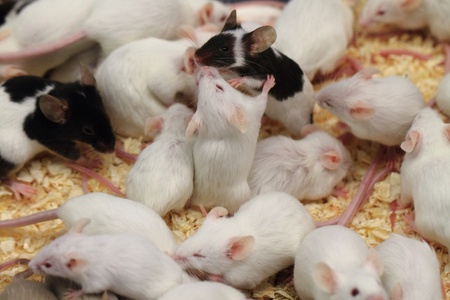 Stem cells of bodily organs that are undifferentiated units of the same can easily proliferate to produce new cells that ultimately promote regenerative process of damaged, injured or ageing organs. And stem cells can help expedite the process of restoration and regeneration provided the cells’ powerhouse-termed as mitochondria function effectively. However, as one ages, the regenerative capacity of the stem cells suffers a setback owing to the slowing down and fatigue of mitochondria that ultimately leads to organ deterioration and degeneration.

But if the mitochondria of the cells are rejuvenated with a strong dose of a specific variant of vitamin B their regenerative capacity receives a boost. Consequently, the ageing process of organs is thwarted and at the same time new cells are generated that causes the vital organs of the body to function with the original effectiveness or efficiency. This finding was observed and corroborated by a team of scientists and researchers at LISP (Laboratory of Integrated Systems Physiology) in Lausanne, Switzerland.

The trial spearheaded by John Auwerx was carried out to demonstrate ‘nicotinamide riboside’-a vitamin B variant closely resembling B3-innate capacity to boost the functioning of organs and prolong the life of an organism. Mice at the laboratory were offered food laced with the nicotinamide riboside and the results pleasantly surprised the researchers. The compound resulted in improving the metabolism of the mammals and also enhanced the restorative mechanism of organs like the heart, kidneys, and the liver causing them to function with renewed efficiency.

Hongo Zhang, a PhD scholar and one of the members of the research team wrote an article detailing the findings that appeared in the ‘Science’ journal. The results of the study strongly hint towards the uplifting effects that NR has on stem cell functioning. Zhang and his peers from the University of Zurich and academes in Brazil and Canada got together to investigate the exact method of organ deterioration that got underway with ageing. He was able to determine the chain of molecules that monitored mitochondria’s functioning and its structural alteration with age by the application of numerous markers. The significant role played by mitochondria with respect to the human body’s metabolism was a fact that the researchers were already aware of.

But after this research was carried out, the team was able to pinpoint the significance of their smooth functioning to encourage stem cell production that in turn accelerated organ restoration. Organ restoration and renewal was extremely important for arresting and preventing the onset of several grave lifestyle diseases. Normally, stem cells hike up the process of new cell growth after receiving appropriate signals from the body. This is what actually happens in the bodies of young and middle-aged individuals but as one tends to grow older, the stem cells suffer fatigue that results in disintegration and deterioration of specific types of cells and tissues in organs. Regeneration of damaged or diseased organs also slows down considerably. Nevertheless, when mice aged about 2 years old were given NR that were predecessors of NAD+, a molecular compound that greatly influenced mitochondrial functioning, their muscular regeneration improved and they lived longer than mice that weren’t administered NR.