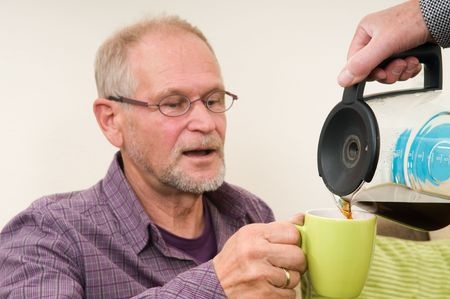 The outcome of this finding was first published in the year of 2015 during the occasion of annual meeting in American Academy of Neurology. Now it has been allowed to be published in the leading scientific journal of the institute. The study mainly focuses on the initiative of researchers in analyzing outcomes of two case studies for ascertaining the health benefits of coffee in reducing the chances of occurrence of this health disorder. The study is based on people having multiple sclerosis along with people not suffering from this disorder. It has been reported that those consuming coffee above four cups everyday are reported to have twenty nine percent of reduced chance of becoming vulnerable to multiple sclerosis than those never drink at all.

The study has been successful in portraying a close link but not the exact result of increased coffee drinking with that of reduced scope of this health hazard. But the study also suggests regarding the possibility of caffeine in the formation of protective shield effect on spinal cord and brain as a part of the health benefits of increased coffee consumption. It has been found that the immune system of people suffering from multiple sclerosis always tend to attack the myelin that forms the protective layer surrounding the fibers of the nerve. The impact of the damage is such that it is impossible for brain to interact with various portions of body and ultimately responsible for symptoms like pain, blurred vision, poor coordination and muscle weakness and so on.

At the same time the researchers have also stressed on the necessity of more experiments. It has also been noted that the researchers are encountering limitations in their analysis. The inconsistency is mainly evident because previous findings have witnessed mixed outcomes regarding health benefits of consuming this beverage for reducing the chance of disorder. This inconsistency is mainly due to difference in size of samples at every stage of research. Though these researches have failed to depict the prevention of multiple sclerosis through coffee but they have been successful in enumerating several other health benefits of drinking the beverage that include reduction of the possibility of early death, melanoma and heart attack. Even when it comes to improve the condition of liver, then coffee offers the perfect alternative than any other beverages. But researchers are hopeful of proper revelation of health benefits of coffee in checking this health disorder.