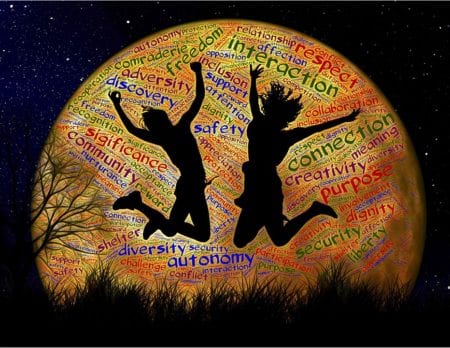 Are you experiencing an overwhelming sense of fatigue, drowsiness and decay just by lunch or worse – immediately after awakening? You obviously do not have enough energy. In order to get it, you do not need to drink a cup of coffee or use energy drinks. It is much more reasonable to revise your diet and remove products that steal vitality and vigor from it, and add those that give them.

Life energy: where and where?

Traditionally, the human body is filled with energy due to proteins, fats and carbohydrates, which are contained in food. Ideally, a person should follow the advice of nutritionists regarding their relationship in the daily menu. Then he will feel active and cheerful all day long. But the difficulty is that people of different professions need different amounts of energy, and overeating is fraught with obesity. Therefore, most often you can help yourself without harm, you can only introduce into your diet energy products.

Why is it difficult to do without them? The rabid rhythm of modern life, the desire to succeed everywhere, as well as physical activity, for example, when you visit the gym, stimulate the production of hormones, including those associated with digestion. As a result, the latter work at full capacity, while the brain and the nervous system are the last ones. Simply because they do not receive useful substances that improve their activity. And instead of a sense of satisfaction and the desire to conquer new peaks, people give only a desire to quickly fall asleep.

What substances enrich the body with energy

Protein – it gives not only energy, but also a long feeling of satiation, thanks to which a person will not get carried away snacks. Moreover, not all of them are equally useful. Sources of protein are meat, fish products, legumes and nuts.

Magnesium. According to the nutritionist from the United States, Samantha Heller, “this mineral is involved in more than 300 biochemical reactions occurring in the body, including during the conversion of glucose into energy.” It is found mainly in nuts, such as almonds, hazelnuts, cashews, cereals and fish, especially in halibut.

Iron. It determines the number of red blood cells that carry oxygen. Their lack, which in medicine is called the term “anemia”, in fact may indicate a lack of oxygen in the body and, as a result, rapid fatigue. You can replenish the deficit of iron by adding to your diet meat products, green leafy vegetables, fruits, nuts and grains.

Selenium – a powerful antioxidant, on the level of which depends not only the energy reserve, but also the mood of a person. It is found in seafood, nuts, meat and cereals.

Omega-3 fatty acids are antioxidants that are found in fish.

Cellulose. Like a squirrel, it gives a feeling of saturation, and also normalizes the level of sugar in the blood. Traditionally, the source of fiber is vegetables, fruits and grains.

Vitamin C. It is an antioxidant which, moreover, promotes the assimilation of iron and is present in citrus, dog rose, black currant, etc. 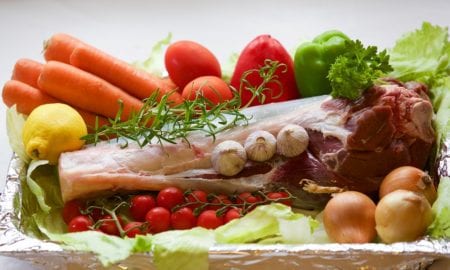 Nuts. In fact, any fit, but nutritionists strongly recommend to use in moments of fatigue is walnuts and almonds. In the first there is protein, iron, zinc, potassium, and in the second – also vitamin E, as well as omega-3 and omega-6 fatty acids, which improve brain function.

Water. A person is 70% water, which means that fluid loss inevitably affects his health. Moreover, water takes an active part in most of the processes that take place in the body. Often people confuse thirst with a feeling of hunger, experience a breakdown, eats a long-awaited sandwich and … does not feel the desired result. Simply because at that moment his body required a glass of cool water.

Oatmeal is a source of vitamin B, fiber and complex carbohydrates. It charges the body with energy and increases its stress resistance. Strengthen the effect of its use can be, filling it with yogurt. This is explained by the fact that the protein in combination with complex carbohydrates gives a lasting sense of satiety.

Bananas – they contain potassium, which affects the work of the nerve and muscle cells. In view of the fact that this microelement can not accumulate in the body, dieticians advise eating bananas regularly. Ideally, twice a day. This will help improve the functioning of the nervous system, become more alert and calm.

Herring. It is the source of omega-3 fatty acids and protein, which not only enriches with energy, but also has a beneficial effect on the functioning of the cardiovascular system. You can replace it with salmon, cod, hake and other types of low-fat or moderately fatty fish.

Lentils. It contains protein, fiber, iron, vitamin B, zinc, magnesium and copper, due to which it replenishes the lack of energy, and also normalizes blood pressure and cholesterol level.

Seafood is a source of fatty acids, iodine, zinc and tyrosine. The latter contributes to the development of norepinephrine – a hormone, whose action is similar to the action of adrenaline. In addition, they contain vitamin B12, which stimulates the work of the cerebral cortex.

Green tea. It contains caffeine, the simplest and most affordable stimulant, and also L-Tianin, an amino acid that positively affects the cognitive abilities of the brain-memory, attention, perception, thinking, and imagination.

Pumpkin seeds. It is a source of magnesium, on which not only the level of energy depends, but also the strength, endurance of man. Its content in the daily menu allows you to combat the symptoms of depression, increased fatigue and irritability.

Honey. It contains iron, potassium, phosphorus, calcium, magnesium, zinc, copper, B vitamins and other useful substances that improve the functioning of the nervous system and provide a surge of energy and energy.

Chicken eggs are a source of vitamin B and protein.

How else can we fill the energy shortage?

Lack of sleep, stress, alcohol and smoking negatively affect the body’s energy reserve. At the same time, regular exercise, contrast shower and proper nutrition, including breakfast, have the opposite effect.

The main thing is that there is no place for fat and high-calorie food, as it requires a long processing, from which, respectively, the brain and nervous system suffer. In addition, foods high in sugar, although they provide a surge of energy, but not for long. And all because sugar contributes to the increased production of adrenaline and insulin, which stops immediately with the depletion of its reserves and leaves after itself an even greater sense of drowsiness. The same goes for coffee and drinks with its content, including energy.

Of course, chronic fatigue and loss of strength are a side effect of progress. But they can and must be fought with. Moreover, it takes very little to do this!